Board of Directors- Bios

Grattan Smith – Chair
Grattan has lived in the Bega Valley for almost twenty years and recently retired from his position as a senior executive at local icon Bega Cheese. Grattan holds a Bachelor of Business from the University of Western Sydney and has completed a number of executive development programs at the Australian Graduate School of Management.  He is a graduate of the Australian Institute of Company Directors. He is a fan of motorcycles and can often be found enjoying our winding coastal roads. 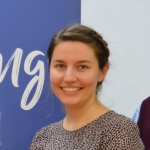 Natalie moved to Tathra to join her now husband, a local oyster farmer, in 2017. Prior to the relocation she lived in San Francisco while completing her PhD in Biochemistry and Molecular Biology. She has spent 11 years in academia-based labs ranging from viral studies in large cats from Africa to protein studies of microbes known for living in extreme environments. Natalie now utilizes her science background in her position at Bega Cheese in the quality department. She can most often be found exploring the beaches and the bush around the Sapphire Coast. Natalie is a member of Tulgeen’s Quality & Safeguarding Committee. 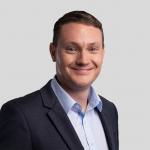 Chris has lived on the South Coast (Ulladulla) for over 14 years.
He has over 20 years’ experience in IT in various roles within with both not-for-profit and commercial organisations, across a range of industries including telecommunications, IT manage service providers, software development & consulting. Chris is also the Head of IT at Campbell Page, As Head of Information Technology, Chris is the senior lead for strategy, development & execution of technology, business intelligence & business success through IT enablement. When not working he likes to go fishing and spend time with his wife and two daughters. 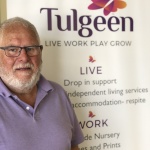 Peter was born in Wellington, NZ and moved to Australia when he was 16. He joined the Royal Australian Navy soon after, where he trained as an Maritime Electrician and then served for 20 years.

Peter embarked on a career in major shipbuilding projects for Government agencies and major project contractors.

Peter retired four years ago, moving from Canberra to Tathra where he and his wife Yetty have owned a home for some 15 years.

Peter has three children and five grandchildren who live in Cooma and Bungendore. He enjoys gardening, golf, camping and helping the most vulnerable members of our community (Ricky’s Place and Friends at Court). He also serves on various community committees. Peter is a member of Tulgeen’s Quality & Safeguarding Committee.

John has worked predominately in the automotive industry since 1978.  After working as a diesel mechanic he gained a Bachelor of Business degree in Accounting and Finance from Edith Cowan University in his home town of Perth.  After a short stint in a Chartered Accounting firm, John joined the Ford organisation as a graduate trainee in 1989 and qualified as a CPA Accountant in 1992.  John worked in the Ford organisation for 16 years in various management positions including an overseas posting to WHQ in Detroit, Michigan. After 8 postings in 16 years with Ford it was time to settle down so John and his family decided to move to the Bega Valley in 2005. John is best known locally as part of the Gudrun and John team that own Tarra Motors. John is also President of the Bega Squash Club. Like our Chairperson, he is also a keen motorcyclist. John is a member of the Audit and Finance Committee.

Matt was born in Bega and has spent much of his life on the family farm within the Bega Valley, having strong ties to the local area. Holding a Bachelor of Commerce and an MBA, Matt also brings 25 years of managerial experience to the Tulgeen role. Currently employed as a management consultant on large-scale projects, Matt has previously held senior roles with Bega Cheese and Local Land Services. Prior to that, Matt has lived and worked in Sydney, Brisbane and in the UK for an extended period. With a keen interest in advancing the community services sector locally, Matt also enjoys time with his family and friends, as well as exploring the South Coast and beyond. Matt is a member of the People, Culture and Community Committee.